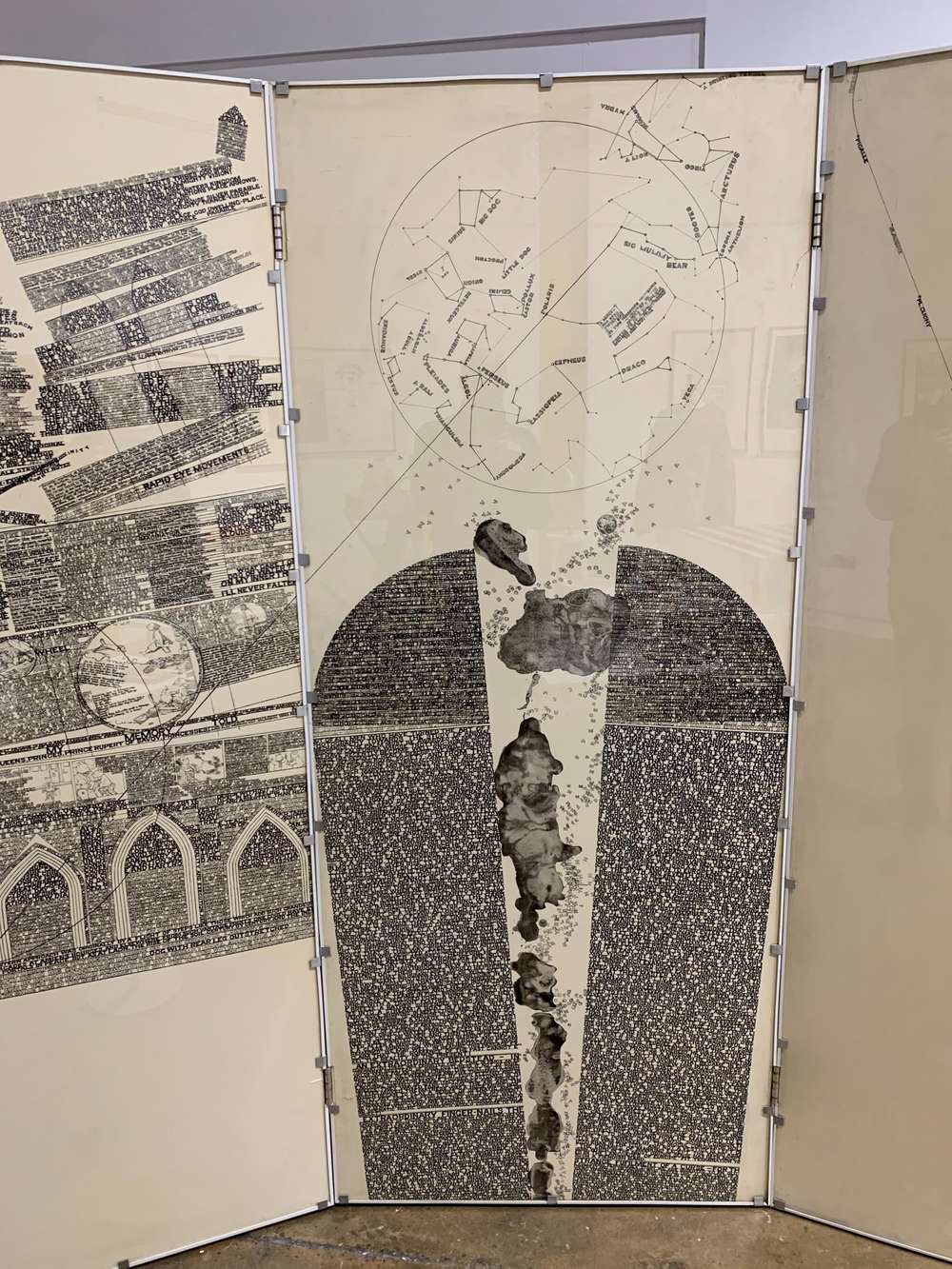 January 14 2020 - Lost for Words in Bath. And so we arrive at the last show in the Arts Council of England Touring Exhibition. Some old favourites from the previous exhibitions at Stroud and Venice appear, notably some works related to Satie's Faction and a print of JF's early painting Homo Cyberneticus Homo Statisticus, an example of the Weighing One's Words series, and some drawings from the Wittgenstein Series. Newly exhibited are a drawing of the curator as a Satie's Factionist in Honfleur, the Europa and Her Bull screen from the Arts Council Collection, the large drawing on panels The Kensington Rooftops, and a selection of prints from John, dom Silvester Houédard, Ian Hamilton Finlay and Edwin Morgan that were produced by students at Corsham under John's supervision. 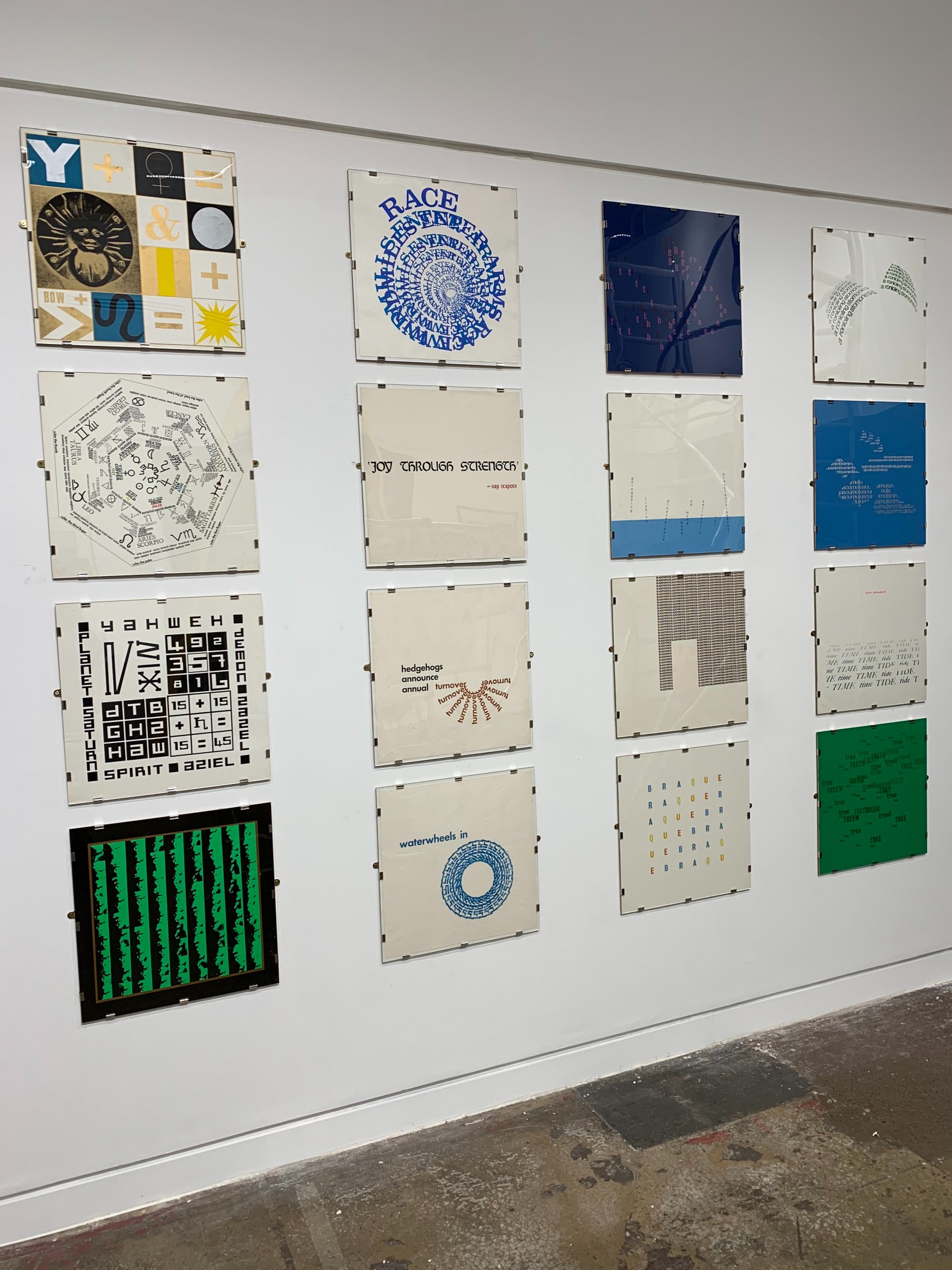 The Europa and her Bull screen from the Arts Council attracted much attention, many not believing that it was hand drawn in pen and ink. Although John claims that it is not to be read, the humour and erudition within the work demands attention.... as does the phallic iconography! 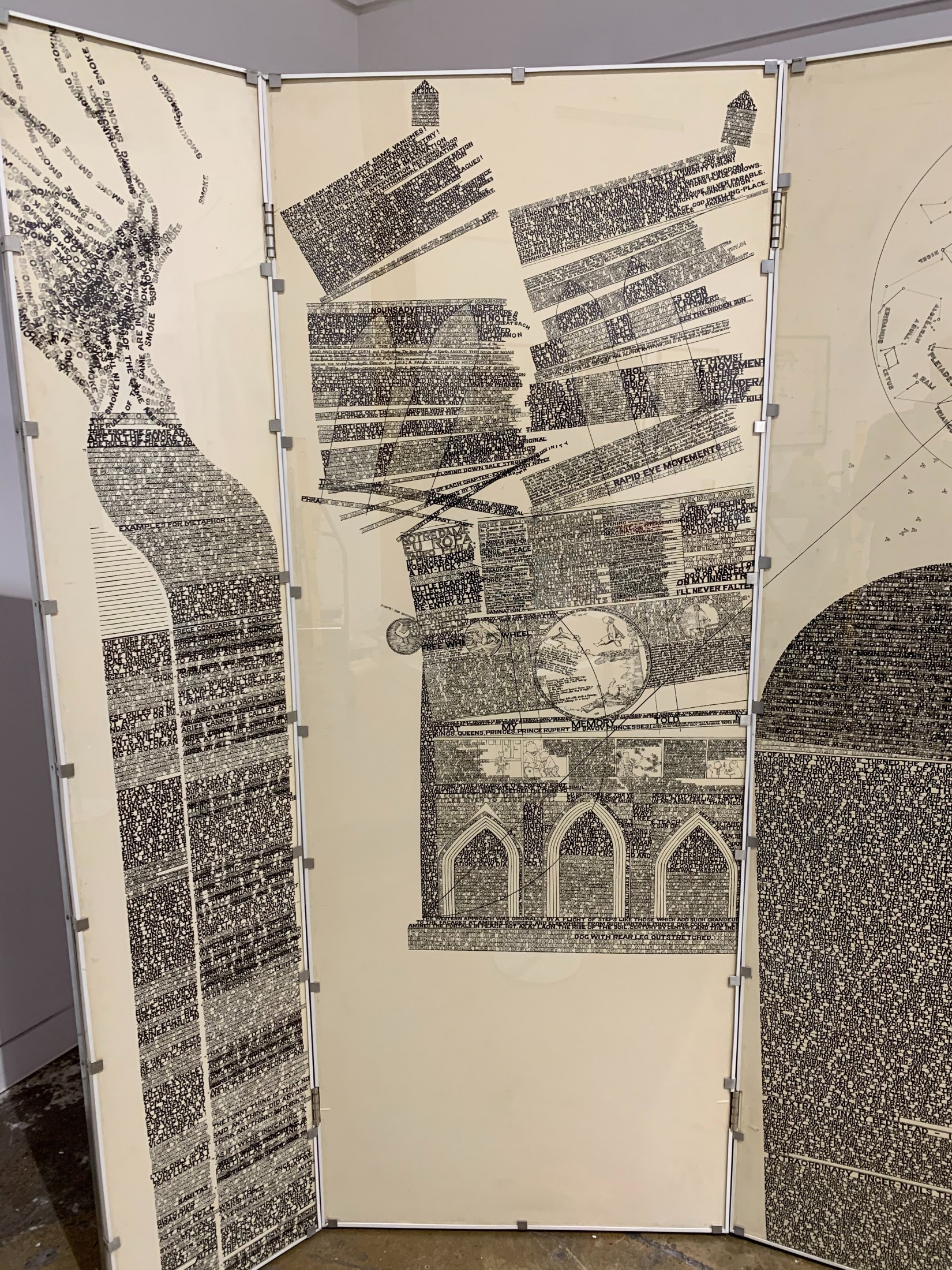 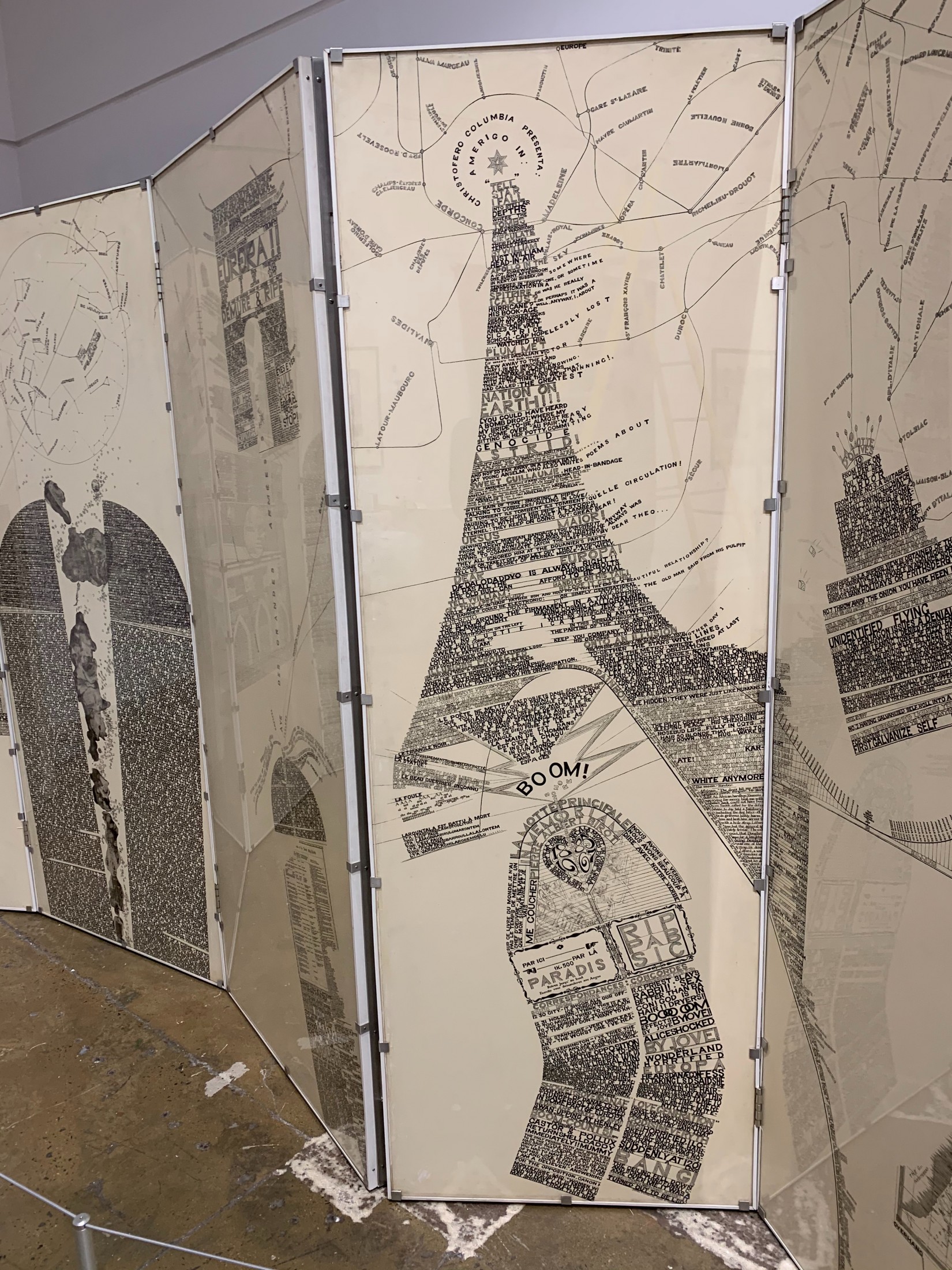 The exhibition continues until Sunday 23rd February and there is a symposium with a musical 'postlude' on Friday 21st February.

The opening/preview, kindly supported by Bath Spa University, was held during the evening of Thursday 16th January when many of John's colleagues and students at Bath School of Art attended. 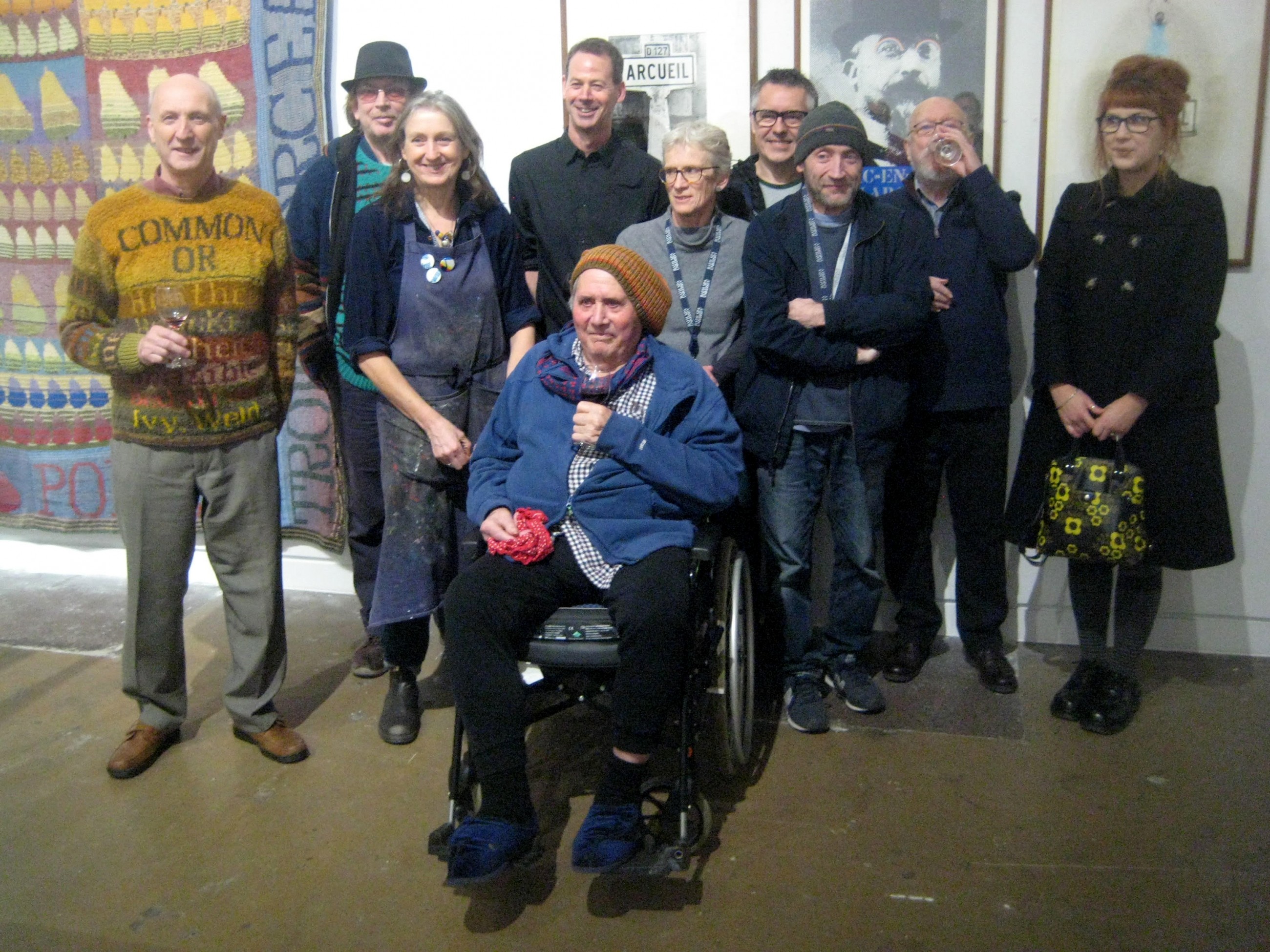 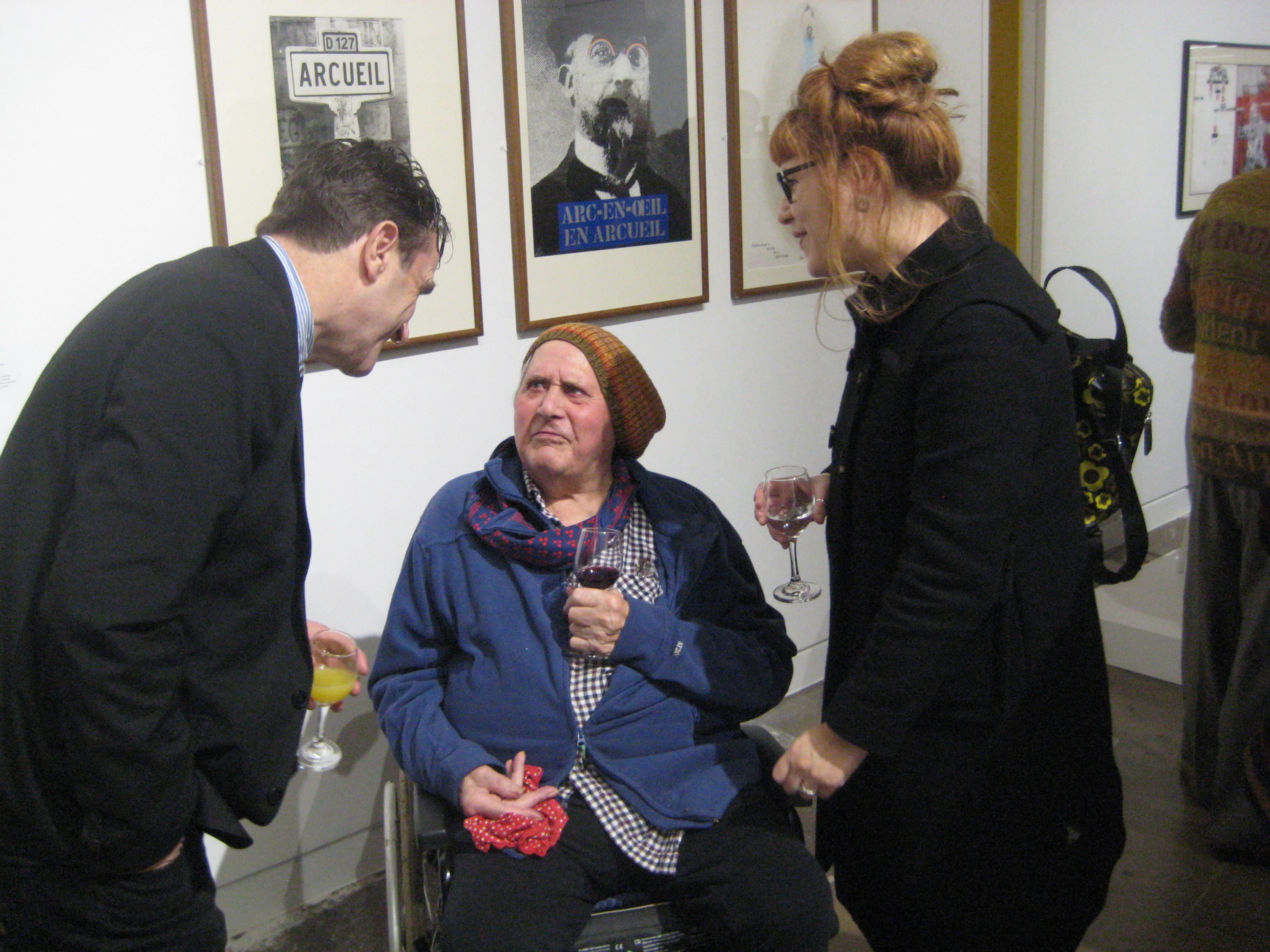 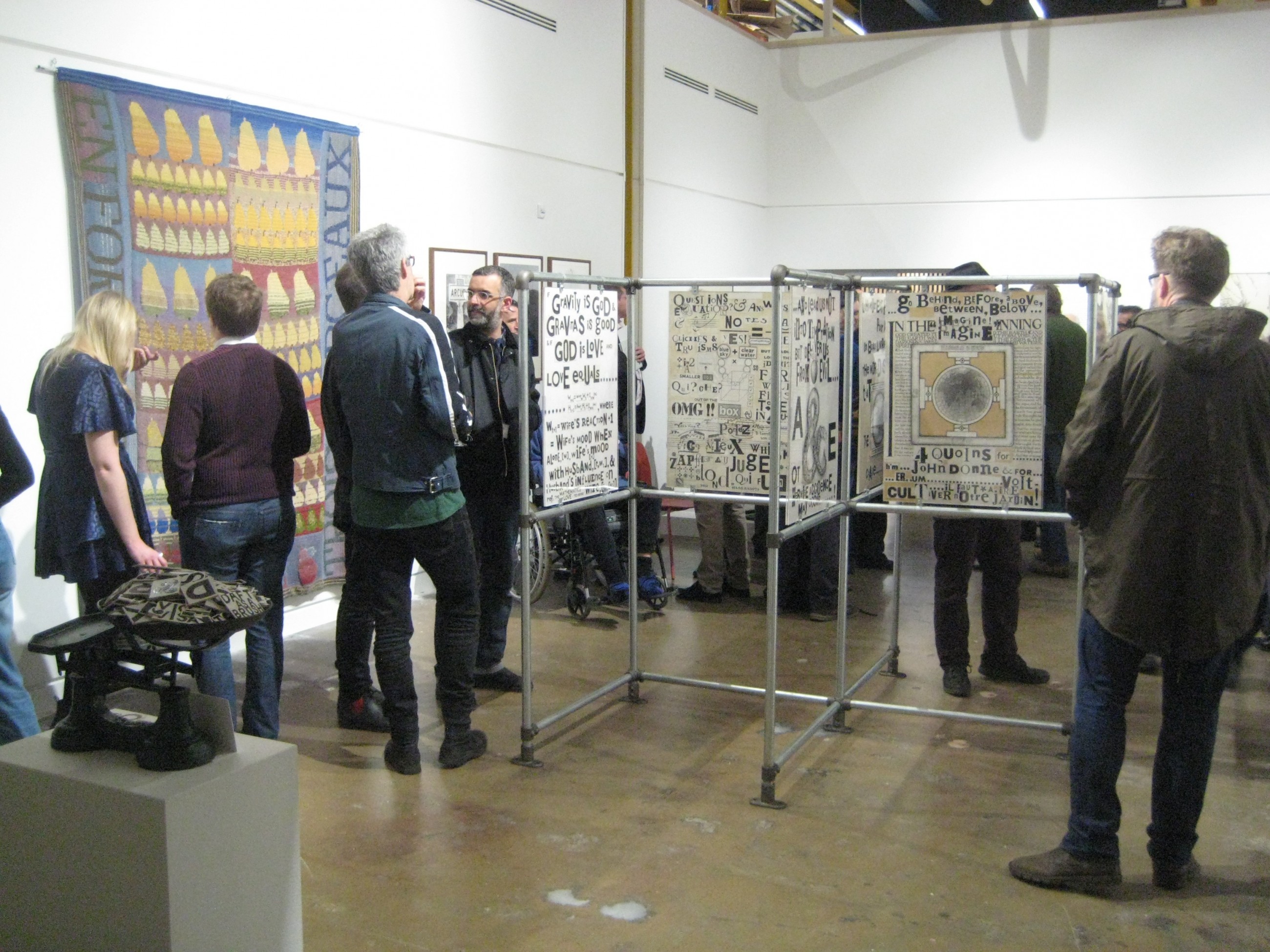 For those who were unlucky enough not to have been able to see the exhibition, the following link provides a brief movie of the show: 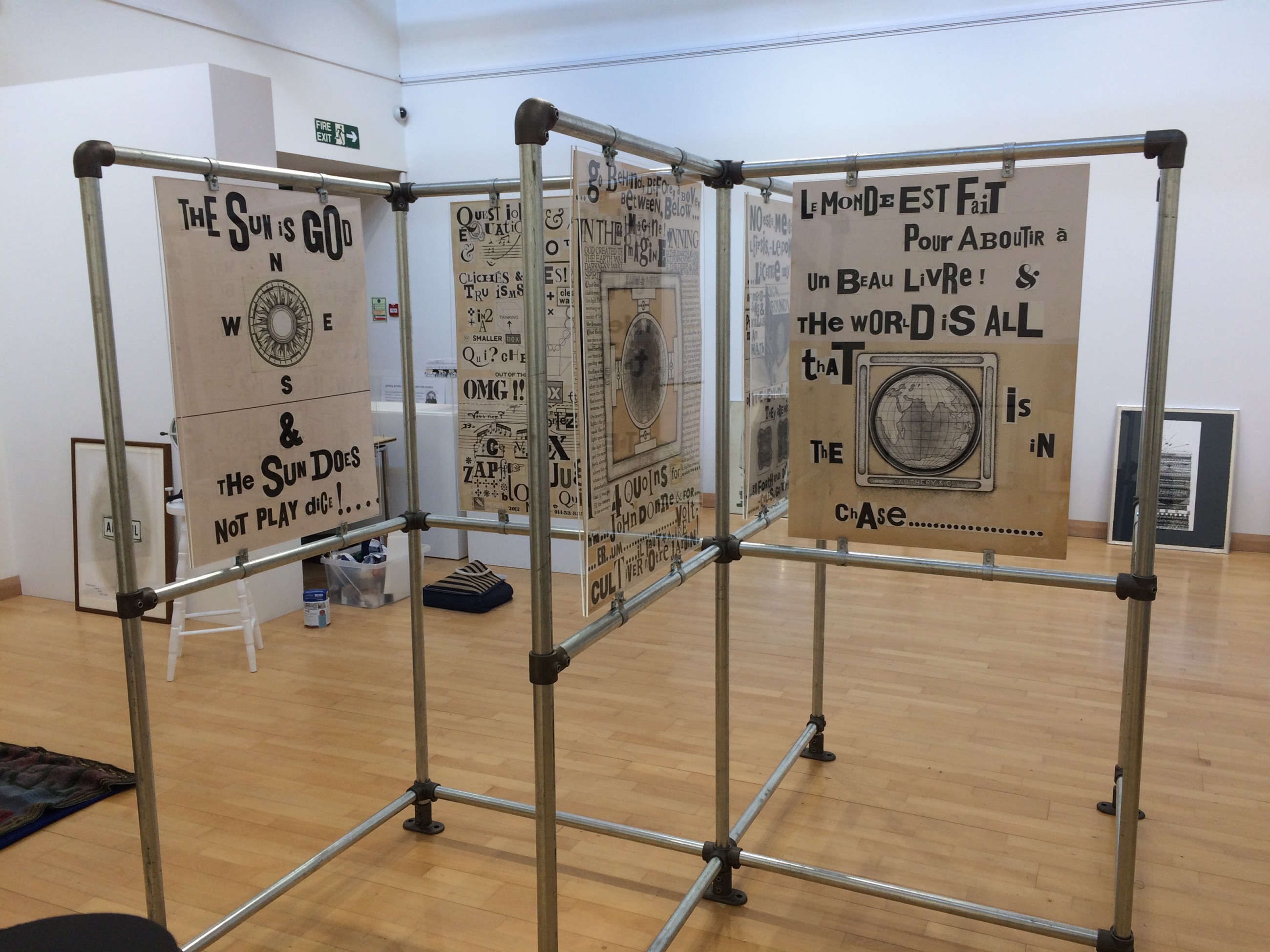 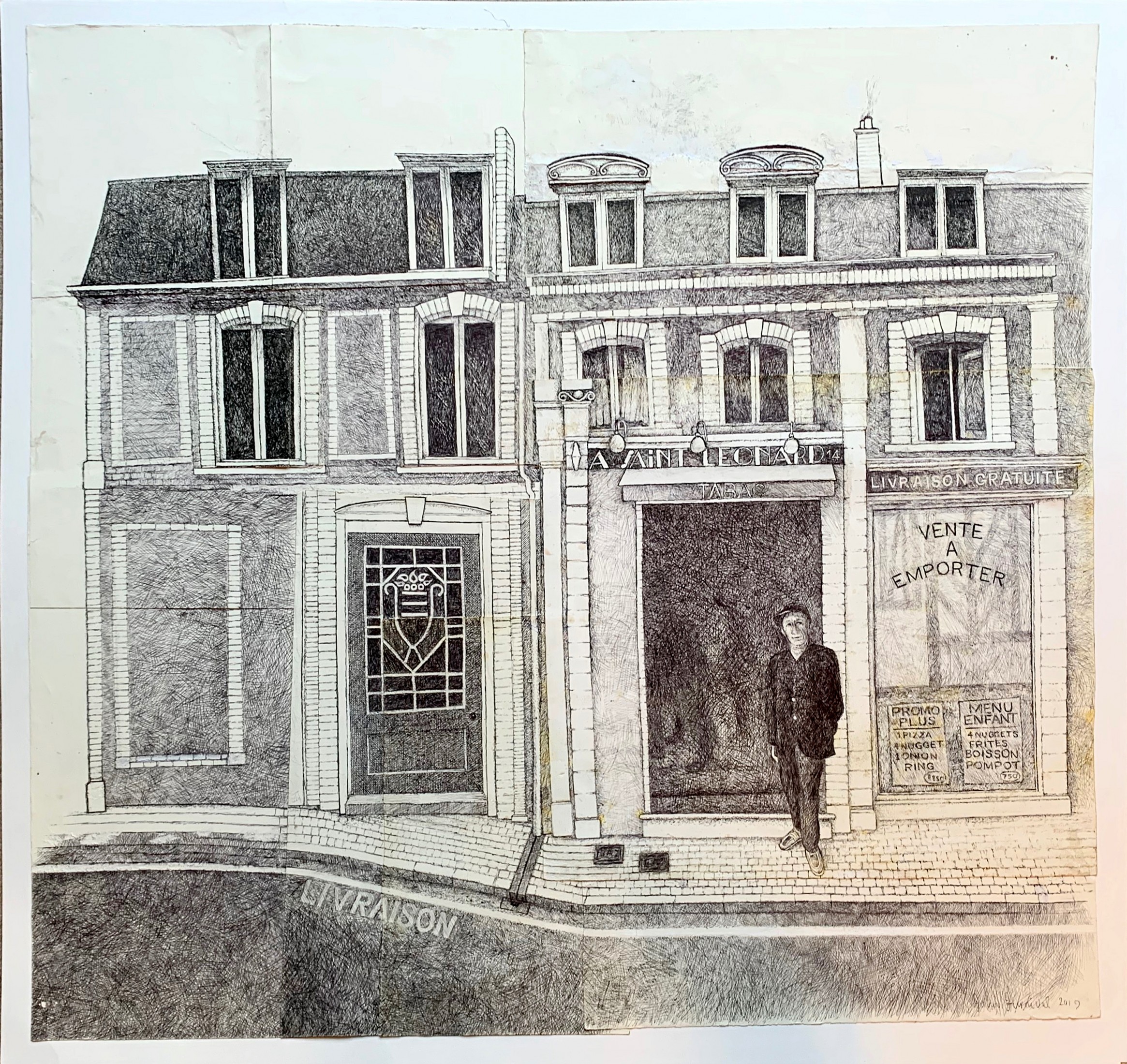 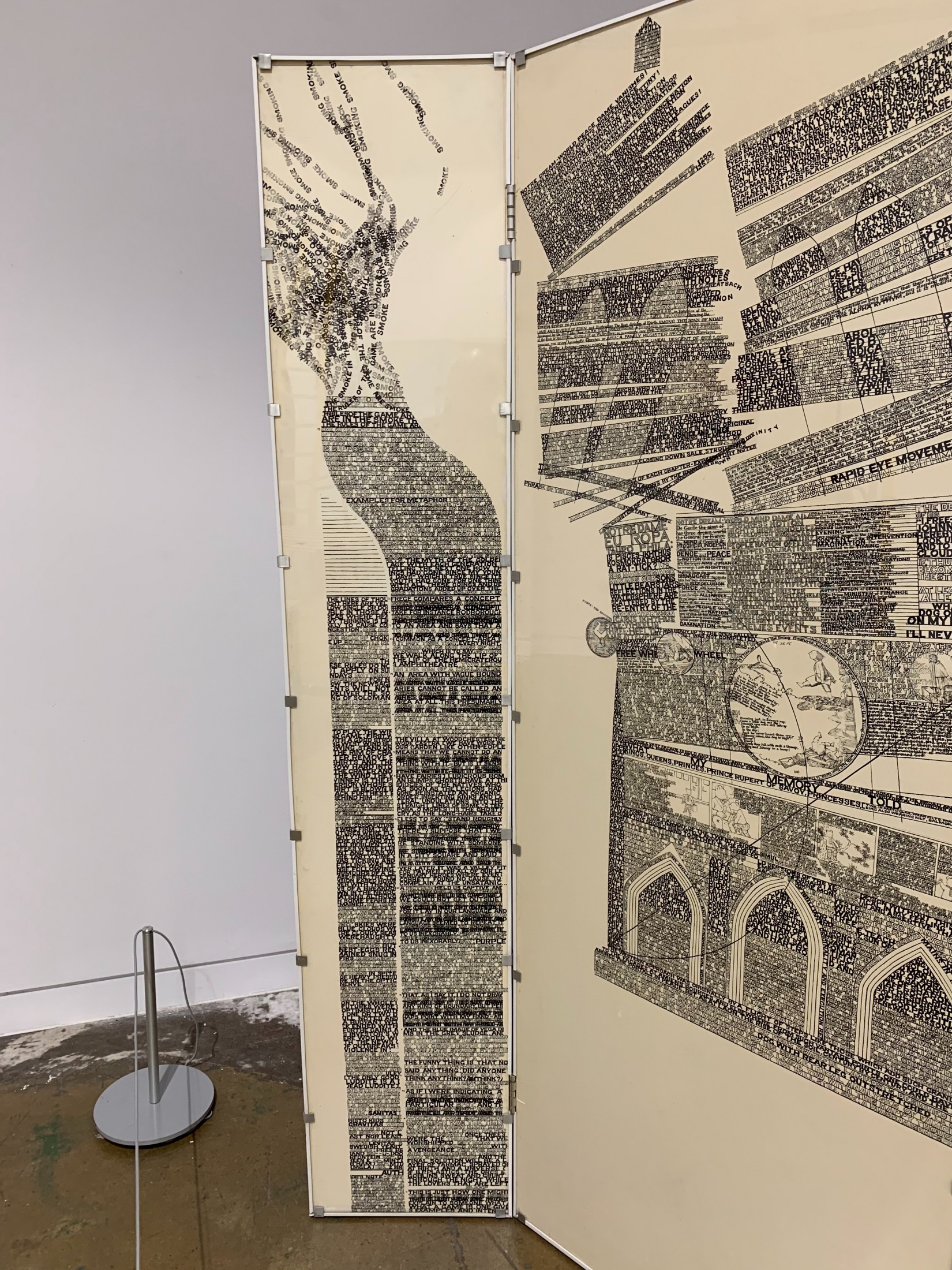 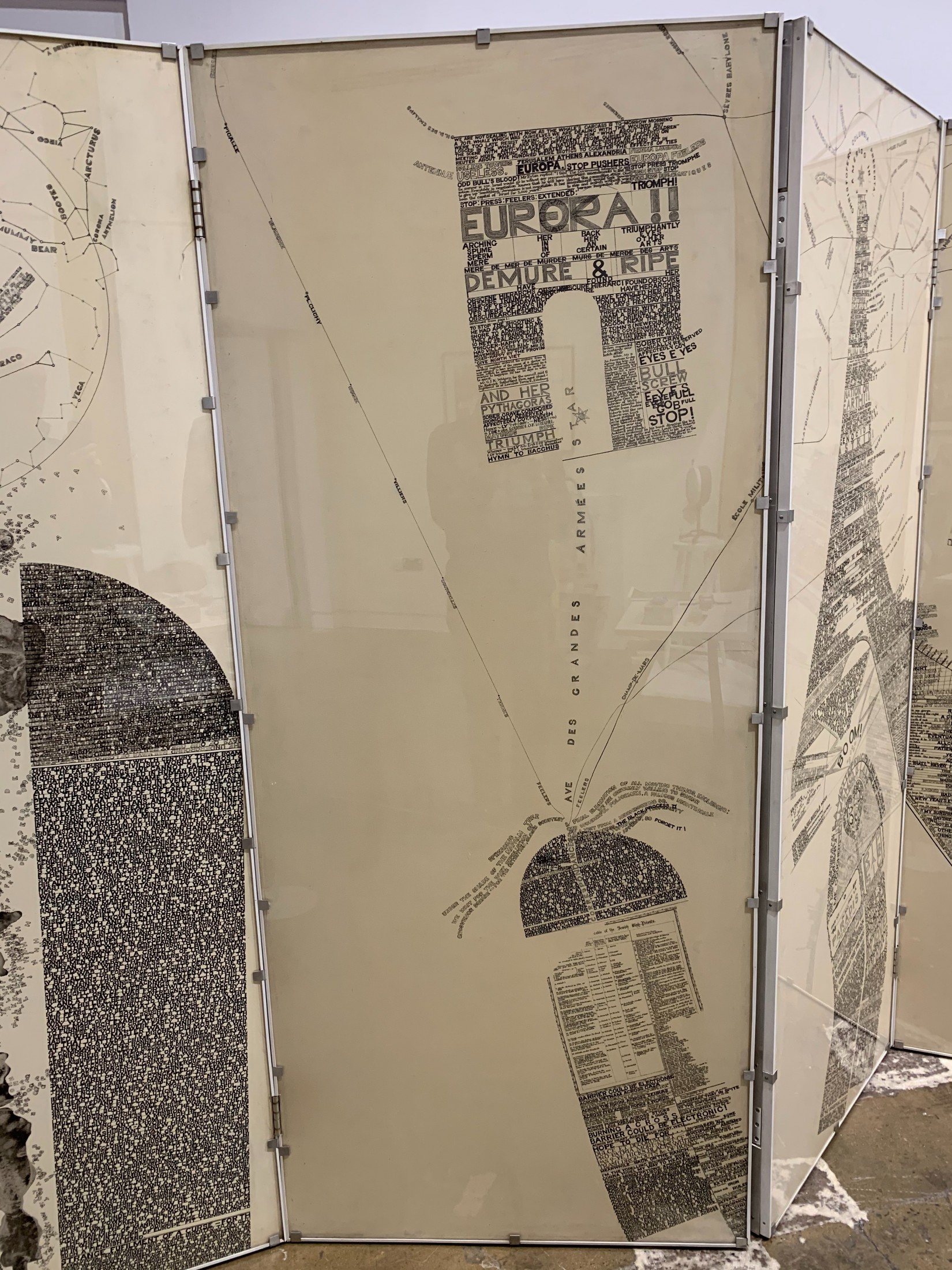 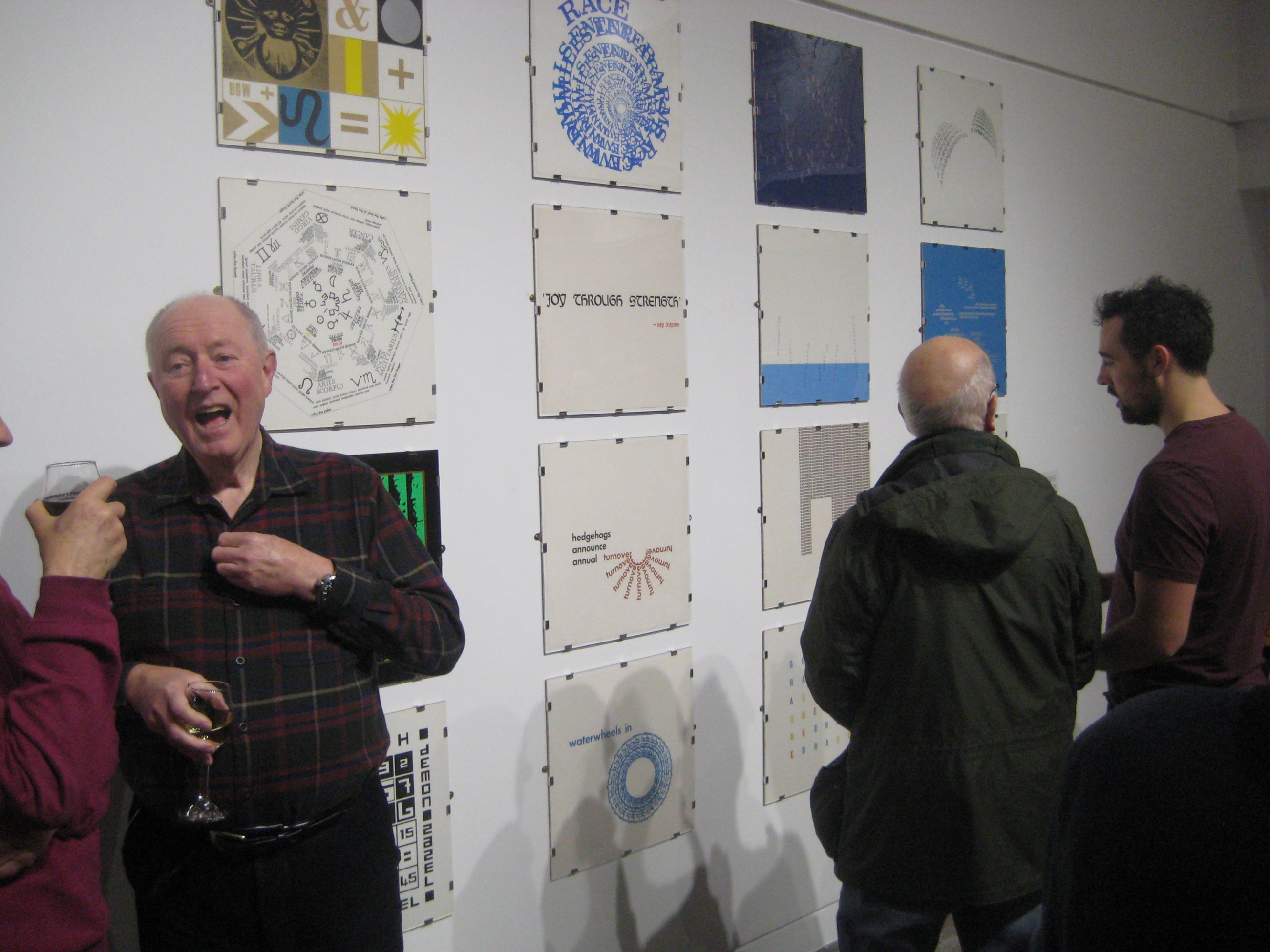 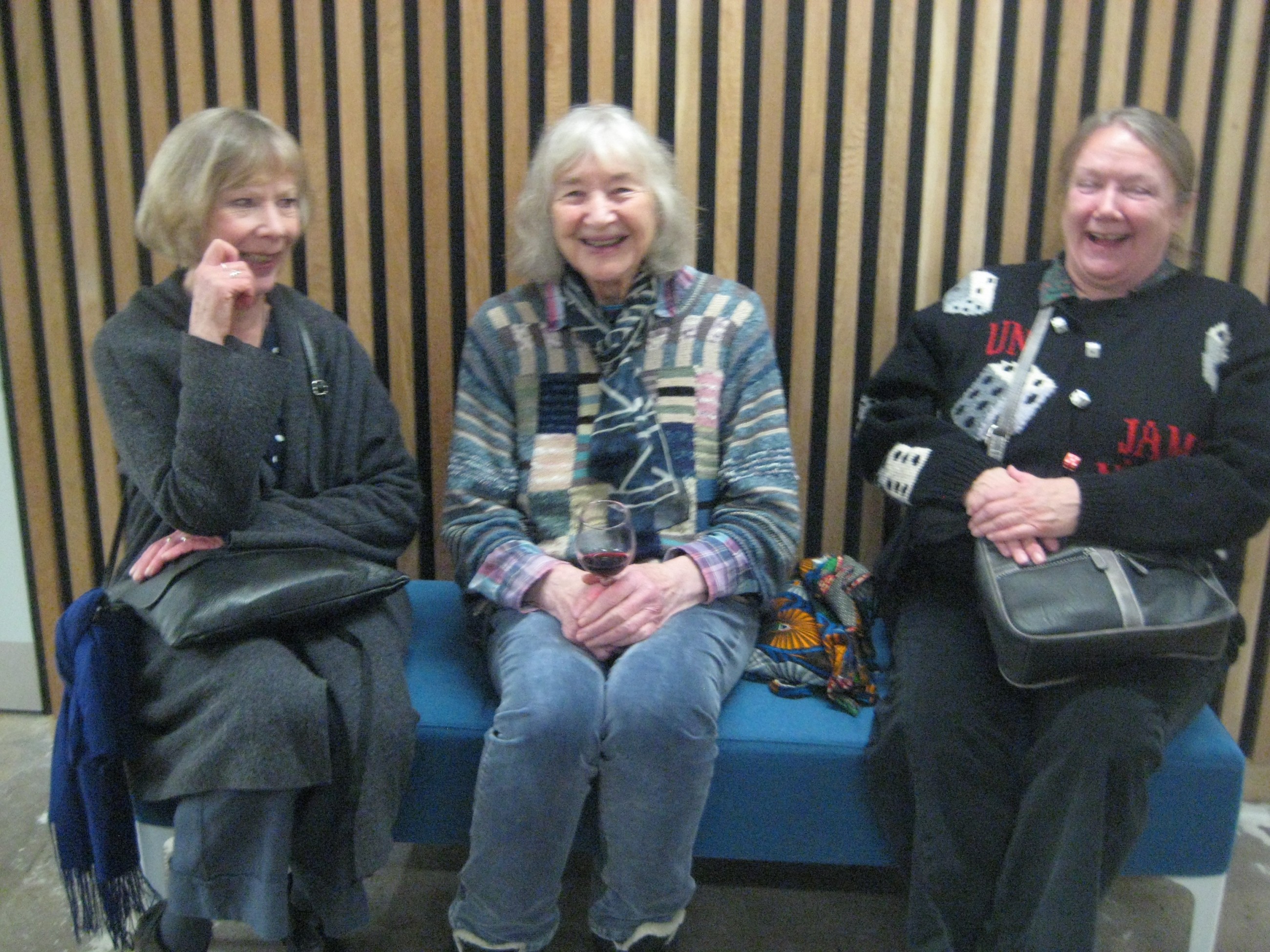 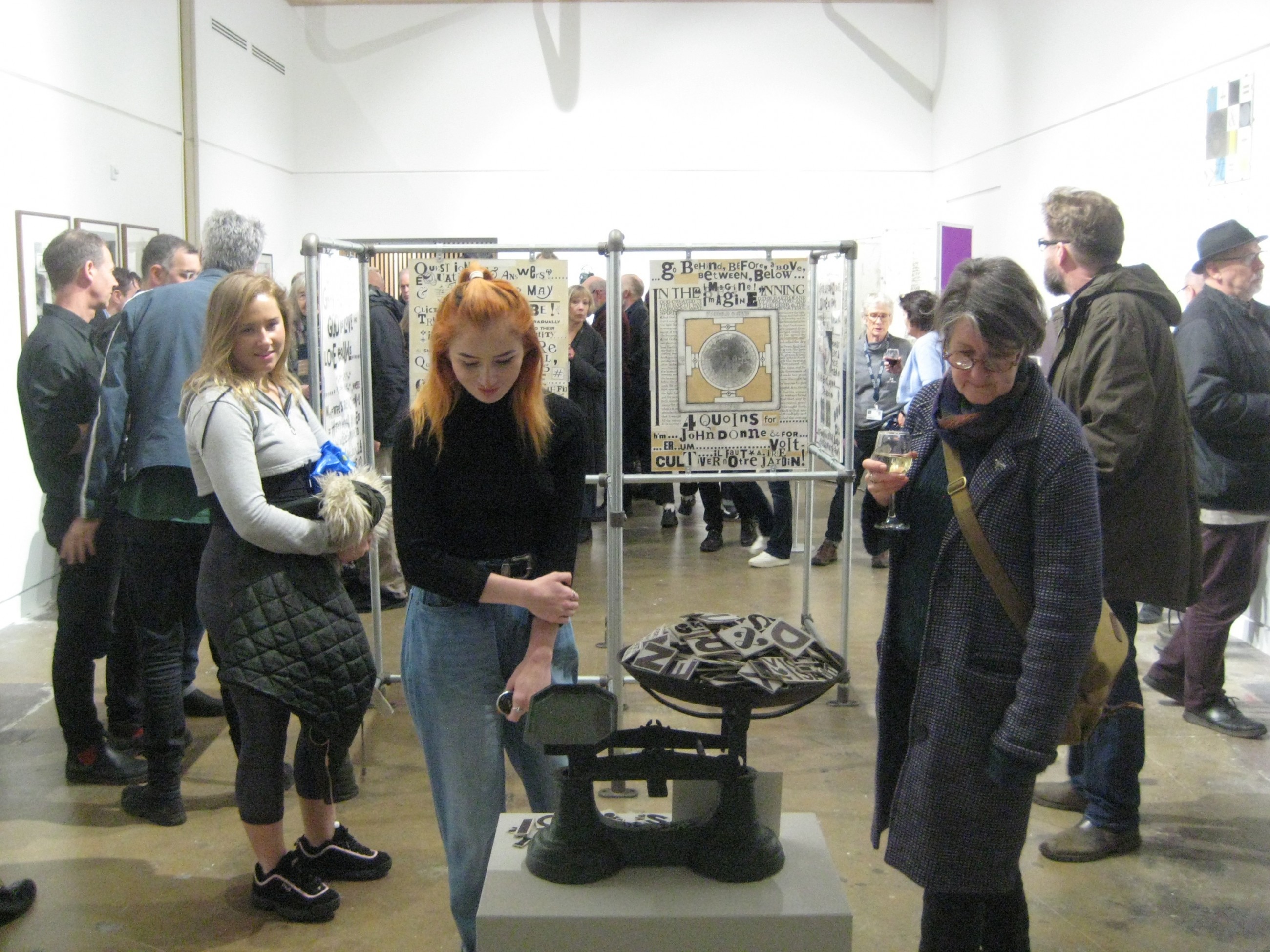