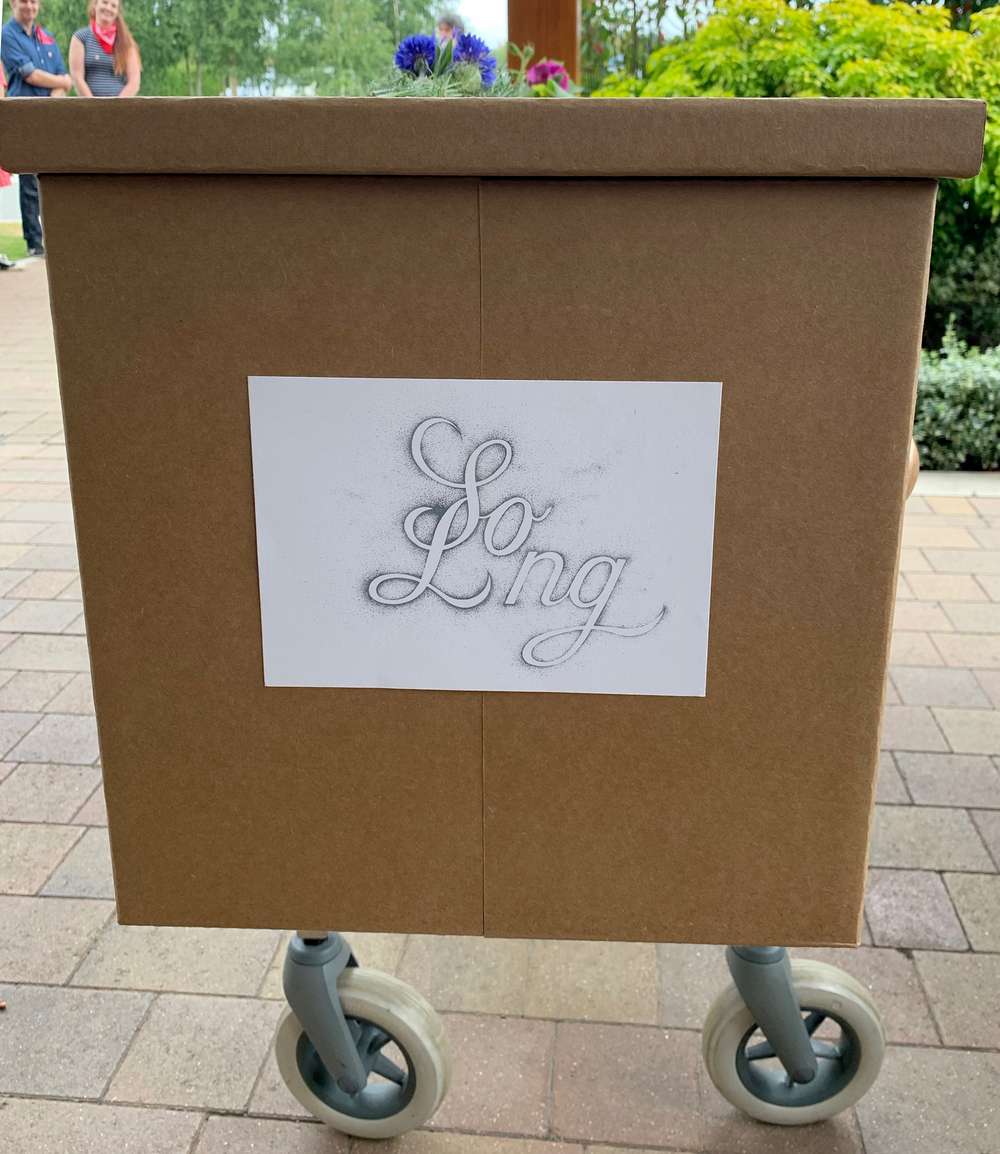 June 24th 2020 - The Furnival of John Funeral was an event run in tandem with John's funeral held at Westerleigh Crematorium on the 17th of June at 12.15pm.

Harry Furnival wrote the following invitation to attend the event:

"Sadly, due to the current situation, we are unable to invite you all to the funeral itself but we would like you to join us in remembering John in your own time and space by having a drink with him, his favourite of course being a glass of red wine, perhaps some cheese to go with it, any will do, he liked them all, listening to some music, his playlist would include Erik Satie, Scott Joplin, Madness, Ian Dury, Blondie, Frank Zappa, Ella Fitzgerald, Ry Cooder, Roland Kirk, The Beatles, and sharing some stories together of sitting around the table with John and putting the world to rights.

The Funeral Itself.... John will arrive in a cardboard ‘envelope’ addressed to where it all began, 11 Francemary Road, Brockley, London, and to the sound of Trois Gnossiennes by Erik Satie. He will be dressed in his ‘pantalons bleus’, an Astrid jumper, and his big, black, London Crombie coat. The family will then say their goodbyes, with an interlude of Little Umbrellas by Frank Zappa, before sending him back home with One step beyond by Madness. After the funeral, his ashes will be placed in his fire extinguisher and returned to the walnut table where he spent all those years sitting and drawing. There he will remain until such a time as we are all able to gather together again and celebrate his life in the way that he would want us to. Until then, love from us all and enjoy the memories.

“In his final days the only thing Dad wanted to do, or found any pleasure in, was being in the garden listening to a blackbird sing. I often watched and wondered that, if reincarnation existed, was this the moment of him choosing what he wanted to be next. On the day of his death, and a couple of counties away, Jack and George were visiting Polly’s grave as they do every year. Each birthday George makes Polly a bird and this year, without knowing what was unfolding in Nailsworth or of Dad’s new found friend, she chose to hang a blackbird on Polly’s tree, bringing them together. And so that is how I think of Dad now, a blackbird, a very noisy one, and if I ever hear one singing a perfect rendition of Erik Satie’s Trois Morceaux en forme de Poire, then it really will be time to start believing.”

The Furnival family requested no flowers to be sent but instead to make a donation to the planting of trees, keeping of bees, or the RSPB.  (#savethisplanet)

John's 'envelope' was adorned with the Latin saying 'Primus Inter Pares' and hops and vines (representing beer and wine) were laid on top. During the crematorium event, Harry played the spoons while, as befitting a Cockney, we sang 'My Ole Man's a Dustman' and 'Maybe It's Because I'm a Londener'. Memories were recounted and poems read (for WH Davies, Leisure). Afterwards, family and friends 'decamped' to the crematorium's gardens for a celebratory picnic.

The Furnival family will, over the course of the year, be holding a series of memorial get-togethers for friends and admirors of John's life and work. Meanwhile, John's ashes reside within his fire extinguisher on the table where he conversed, ate and drew. 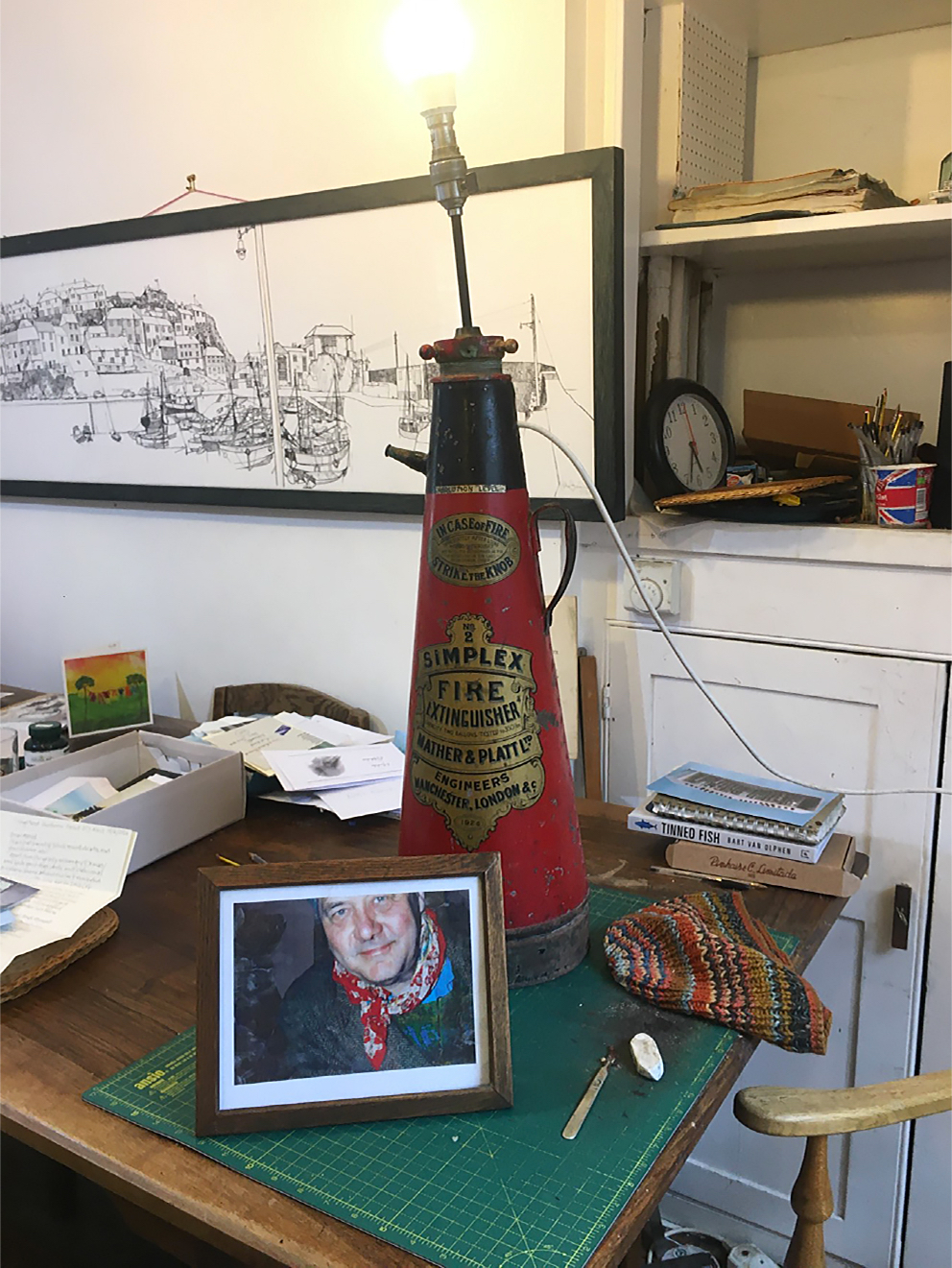 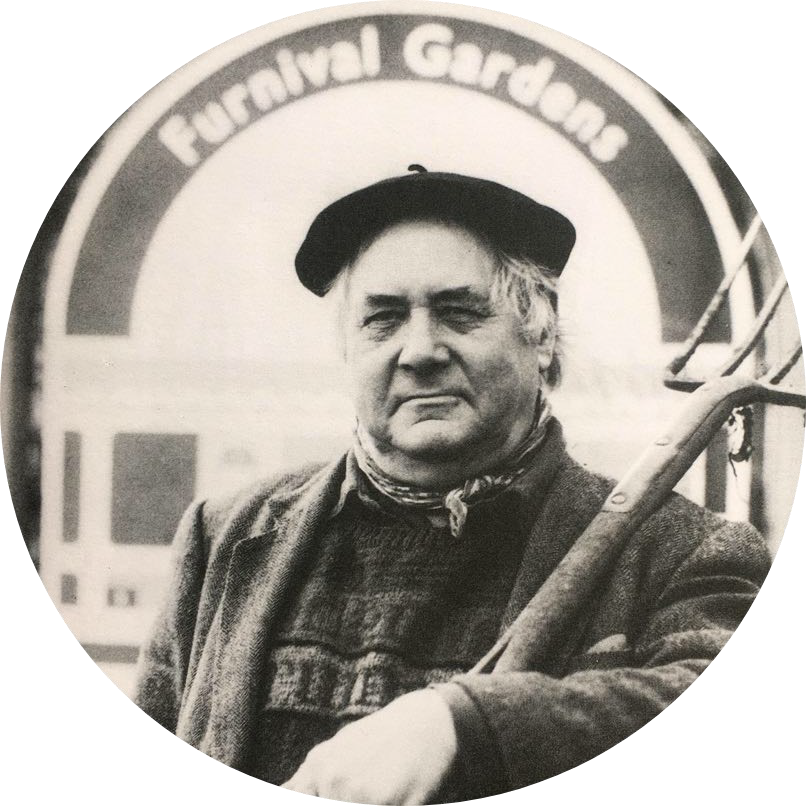 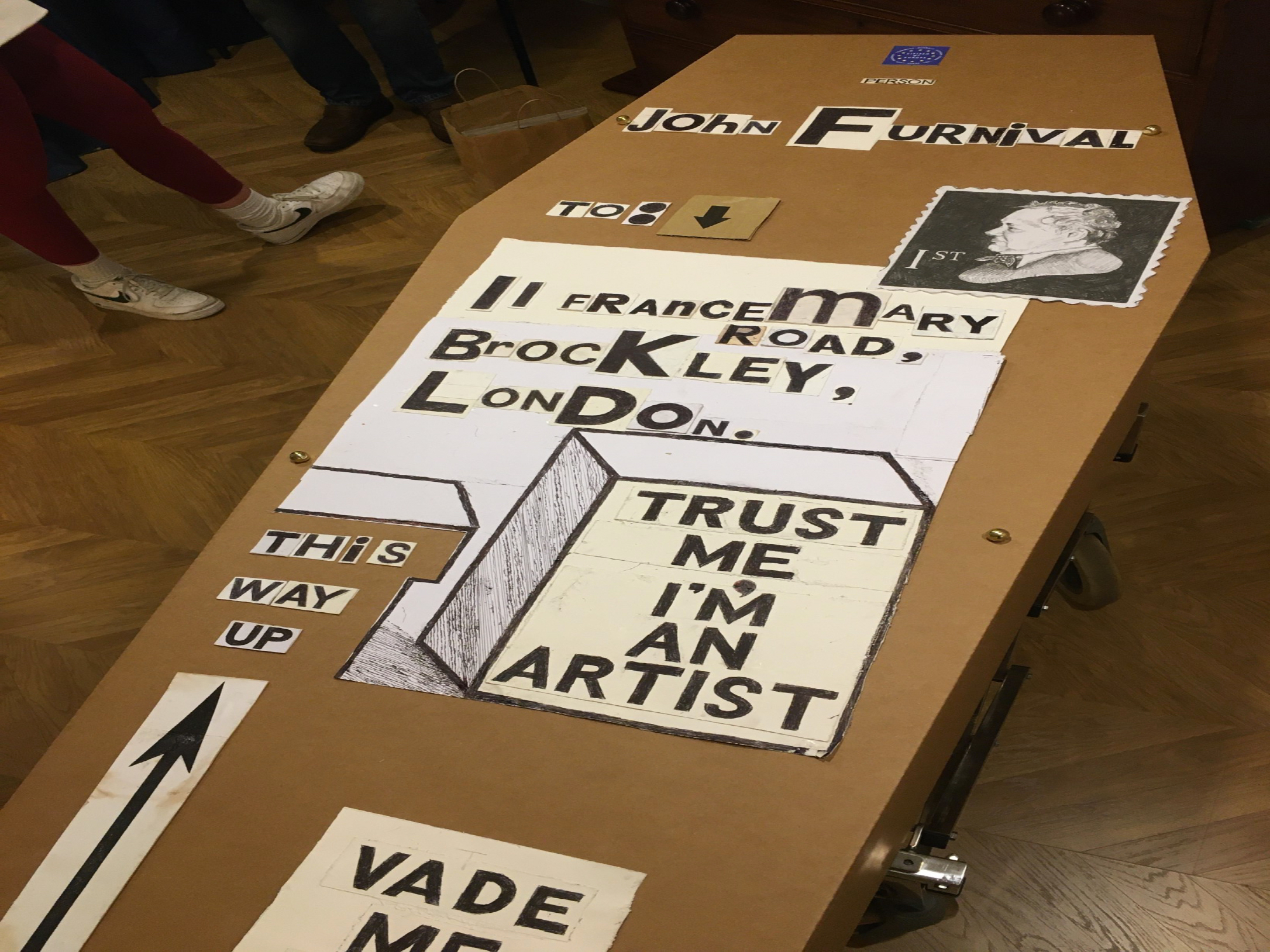 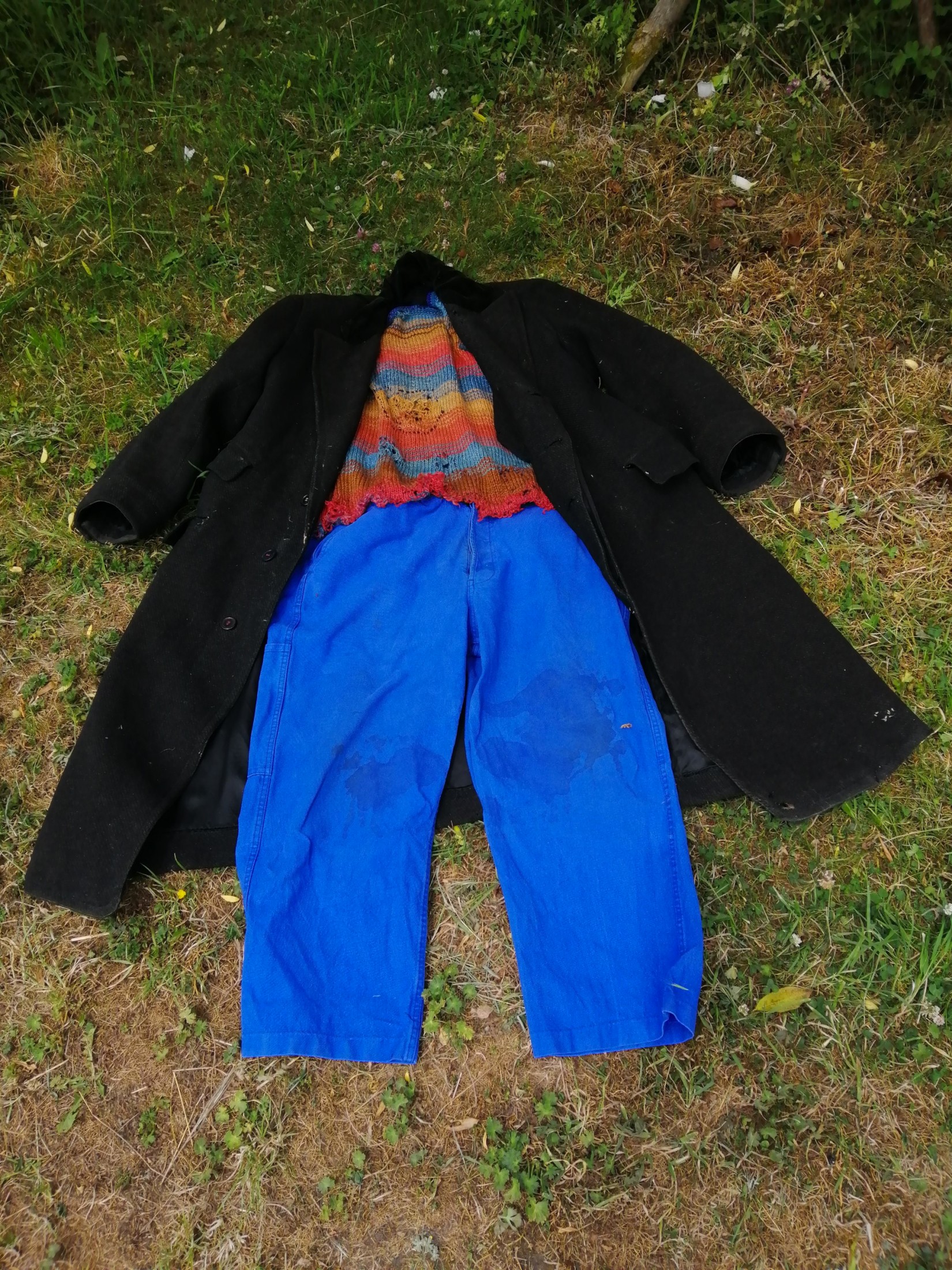 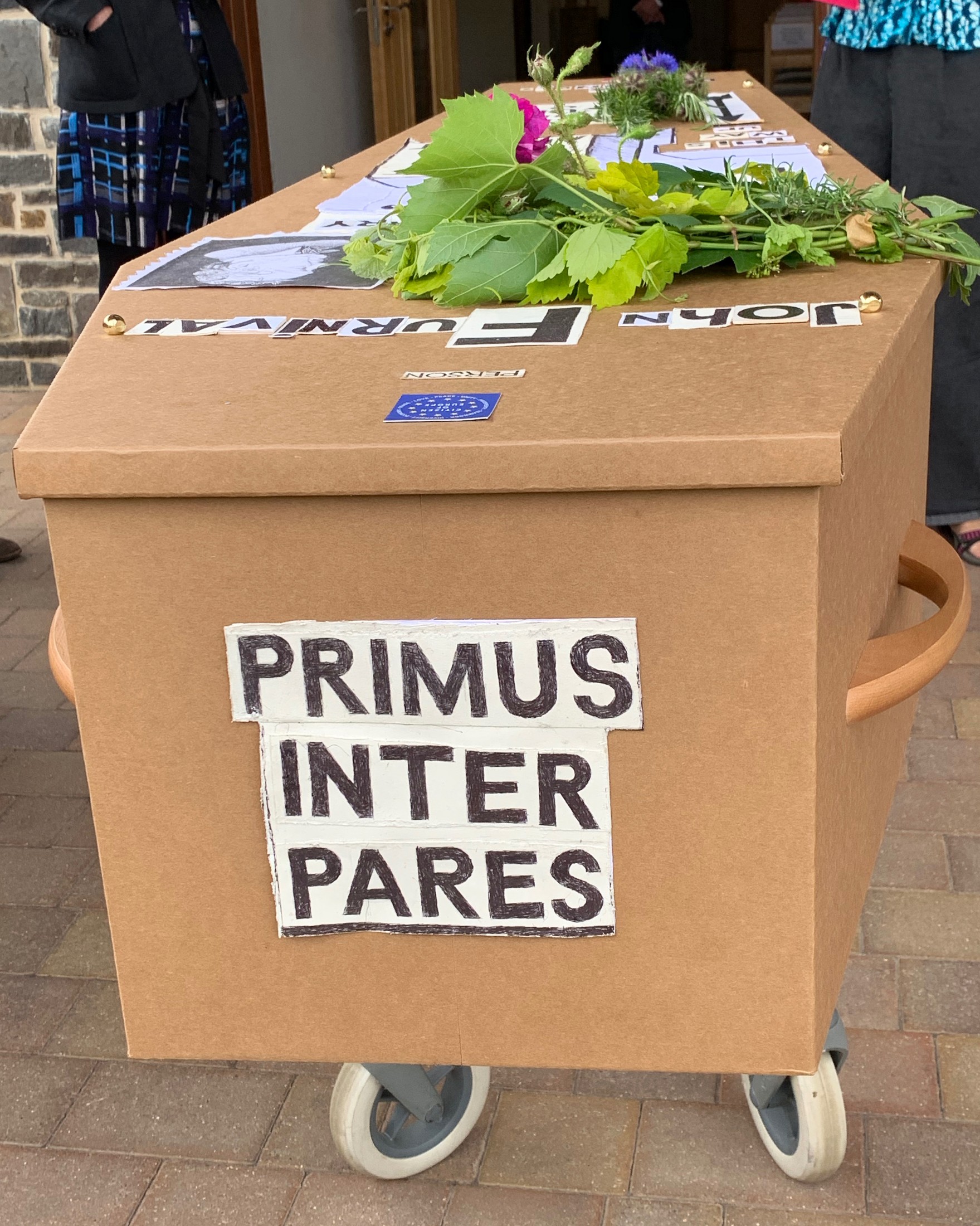 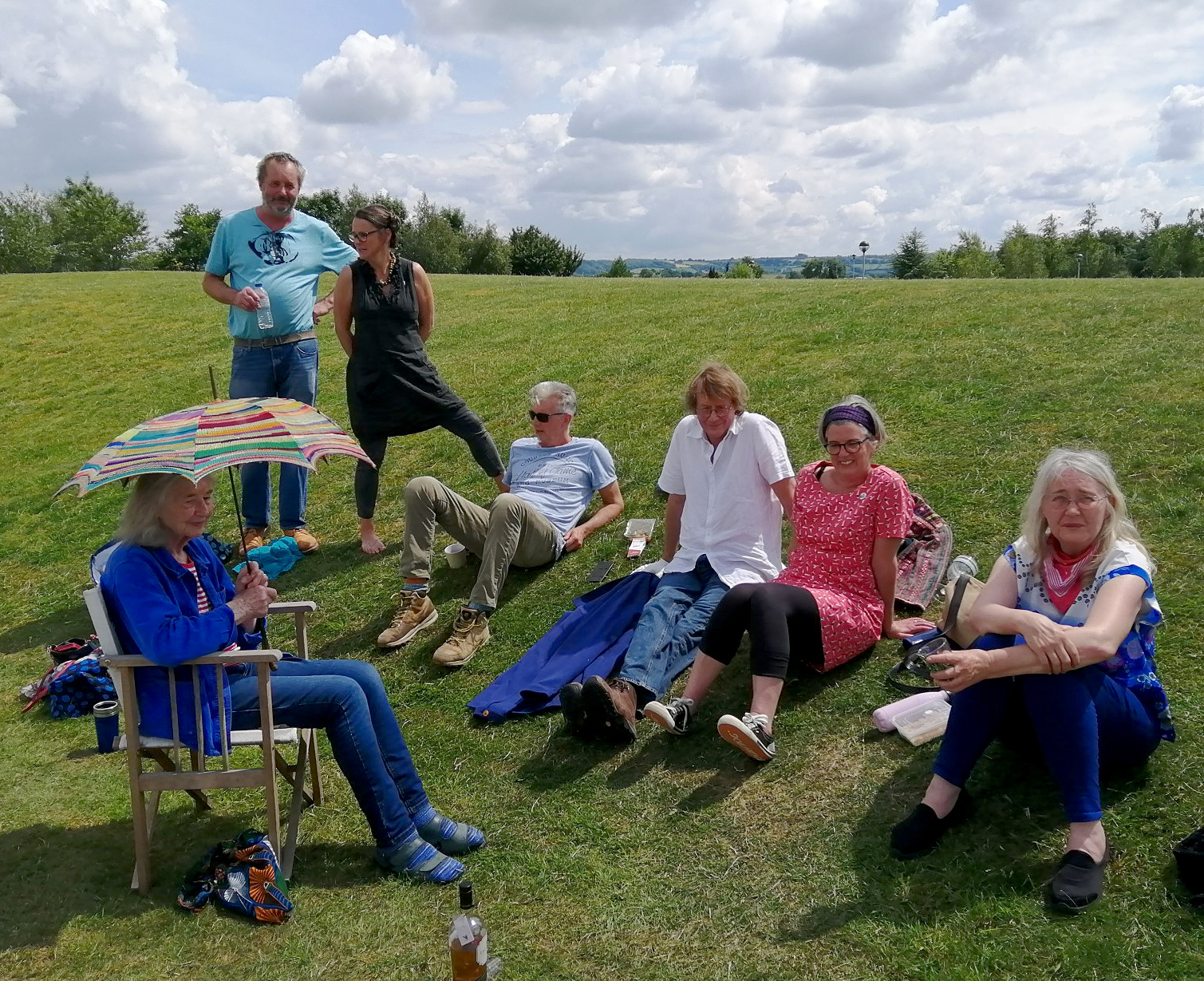