John and Botany (I - The James Joyce Ulysses Connection)

October 6th 2020 - John and Botany (I - The James Joyce Ulysses connection) - In an interview I conducted with John and Astrid for inclusion in their "Lost for Words" catalogue, I asked them for responses as to why gardening was amongst their favourite occupations. John replied: "My interest in botany should really read an interest in vegetation. I very much like the names of plants. One commonly hears persons going on about the beauty of the names of the various locations in the Shipping Weather Forecast. We get the same pleasure with plant names, perhaps because the language is pared down to the minimum. Geoffrey Grigson’s book The Englishman’s Flora is the most useful guide for this purpose." Astrid then pointed out that: "In the garden, I cultivate the salad foods and also the flowers. John does the other things, cabbages and so on. John was evacuated during the war to a farm in Sussex and then to the home of a jobbing gardener who gave him a small plot of ground to garden."

John particularly enjoyed drawing trees in winter. As he explained to me, the shapes of the branches and twigs were not merely more easy to draw but were interesting shapes. One of his early drawings, Rowden Cottage in Hazelwood Nailsworth, has been long in the collections of the Burges family who generously supported him from when he was a student. The drawing features Rowden Cottage where the Furnivals lived (also know to the locals as the Artist's Cottage and Bronowski's Cottage) as a tiny feature on the left side of the large ink drawing. When John was making the work (with a nibbed pen), he accidently tipped the ink bottle over the drawing but decided to keep the ink blot as foliage.

James Joyce was one of the authors that John most admired. Over a period of 10 years I had developed a project (called Ineluctable Modality) to provide images to accompany Ulysses. This involved 18 artists as diverse as, for example, Tom Phillips, Nick Cudworth, Peter Bailey, and Ian Breakwell. John contributed by choosing to provide botanical images for each of the 18 chapters of Ulysses. This was based upon the discovery of Guy Davenport that each chapter was based upon the old Celtic alphabet that itself was based upon the names of tress and shrubs. The booklet that arose from John's work was called The Joycean Forest. Chapter 1 (Telemachus) was related to the Silver Birth and to the Gaelic 'Beth'. Chapter 2 (Nestor) was identified as being the Rowen (Mountain Ash) tree and as 'Luis'. Chapter 3 (Proteus) was associated with the Ash tree and 'Nion' and Chapter 4 (Calypso) with the Alder and 'Fearn'. The Willow and 'Saille' was chosen for Chapter 5 (Lotus Eaters) and the Hawthorn and 'Uath' for Chapter 6 (Hades). Chapter 7 (Aeolus) was associated the the Oak and with 'Duir'. 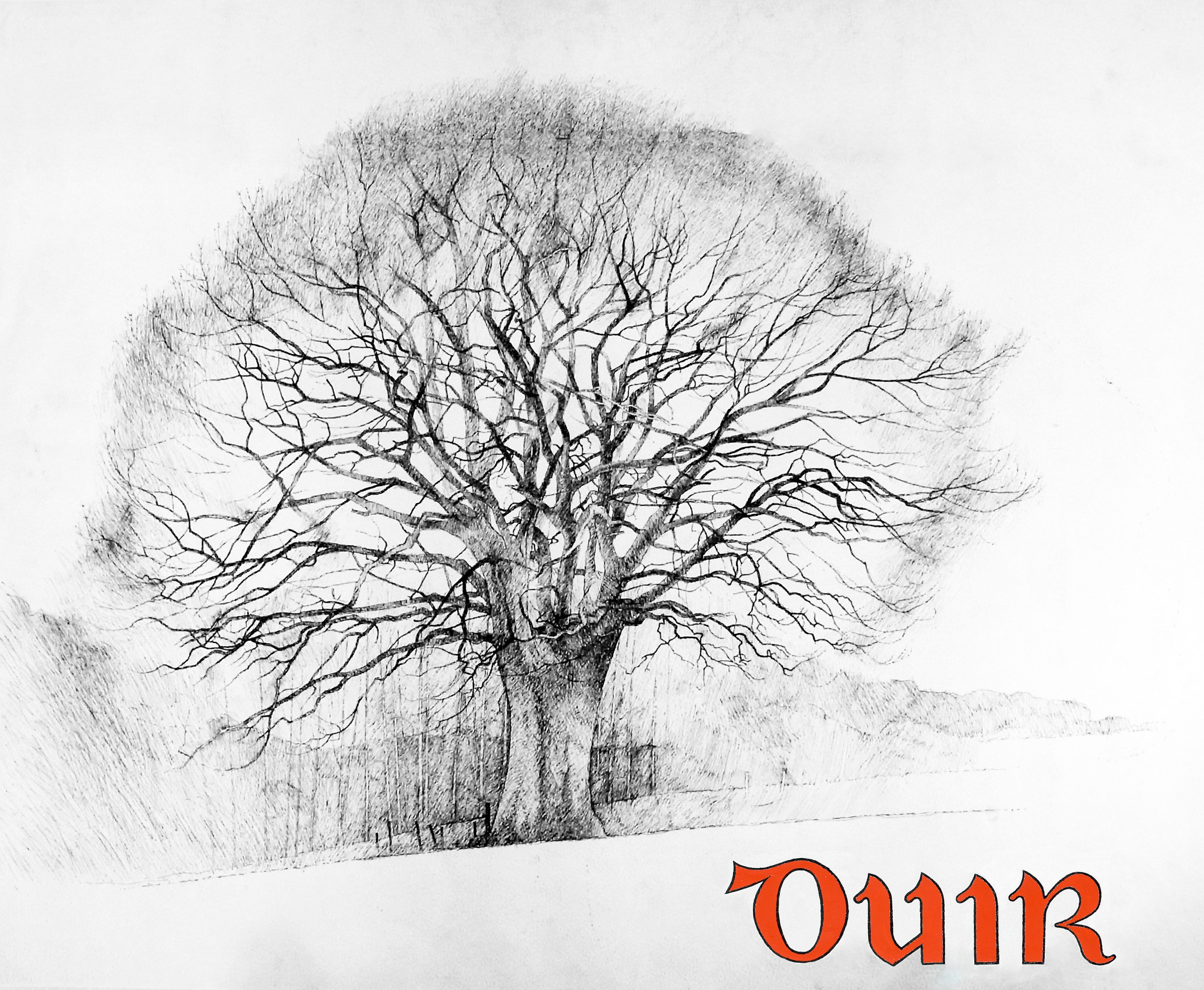 Chapter 8 (Lestrygonians) was thought to be related to Holly and to 'Tinne' (John admitted to having a lot of trouble drawing Holly!). Chapter 9 (Scylla and Charybdis) is identified by Davenport as being represented by Hazel and 'Coll' (see the Blog's main image) and Chapter 10 (Wandering Rocks) by the Grapevine and by 'Muin'. 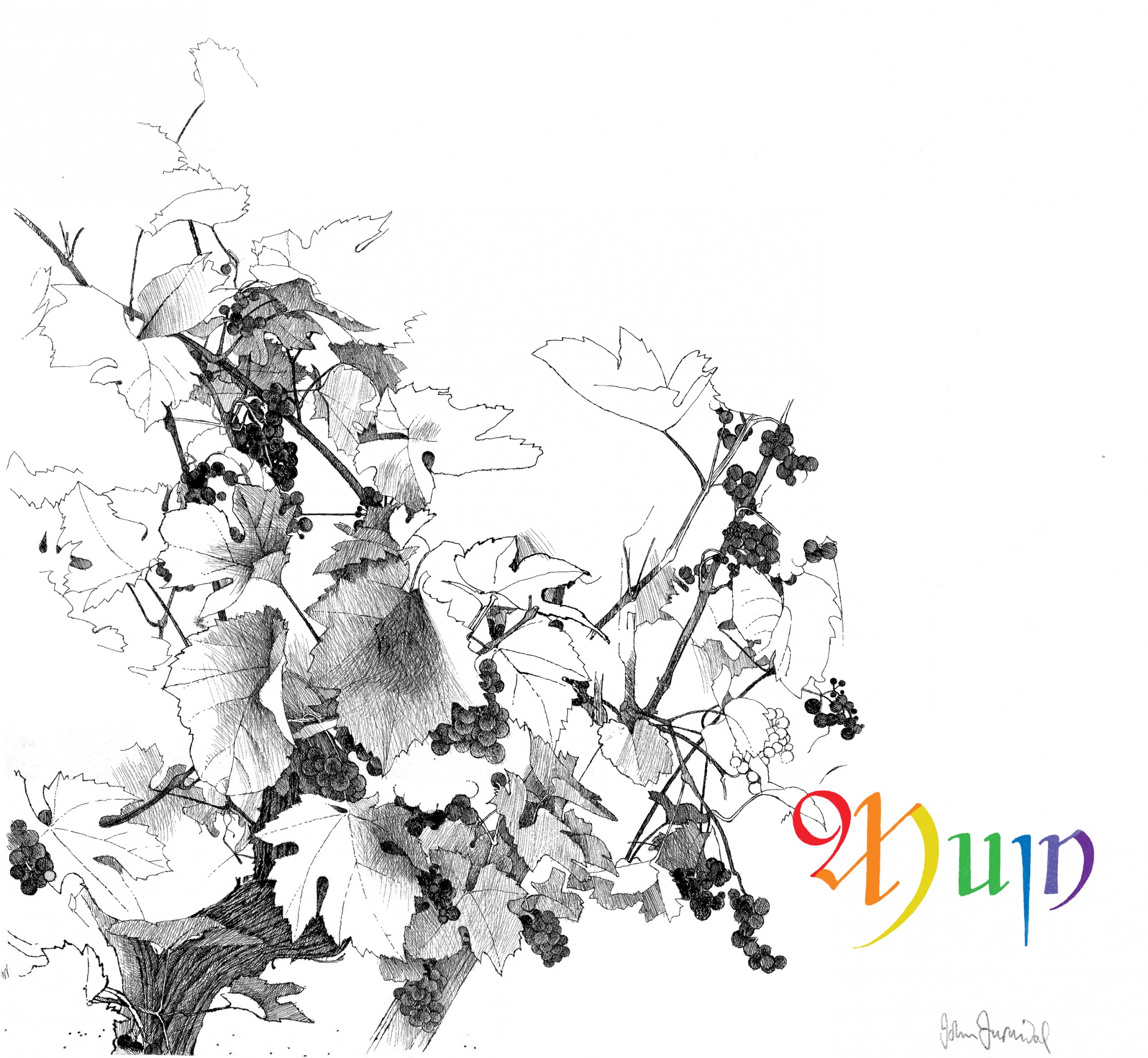 Chapter 11(Sirens) was said to be related to Ivy and 'Gort' and Chapter 12 (Cyclops) to Dwarf Elder and 'Peith'. 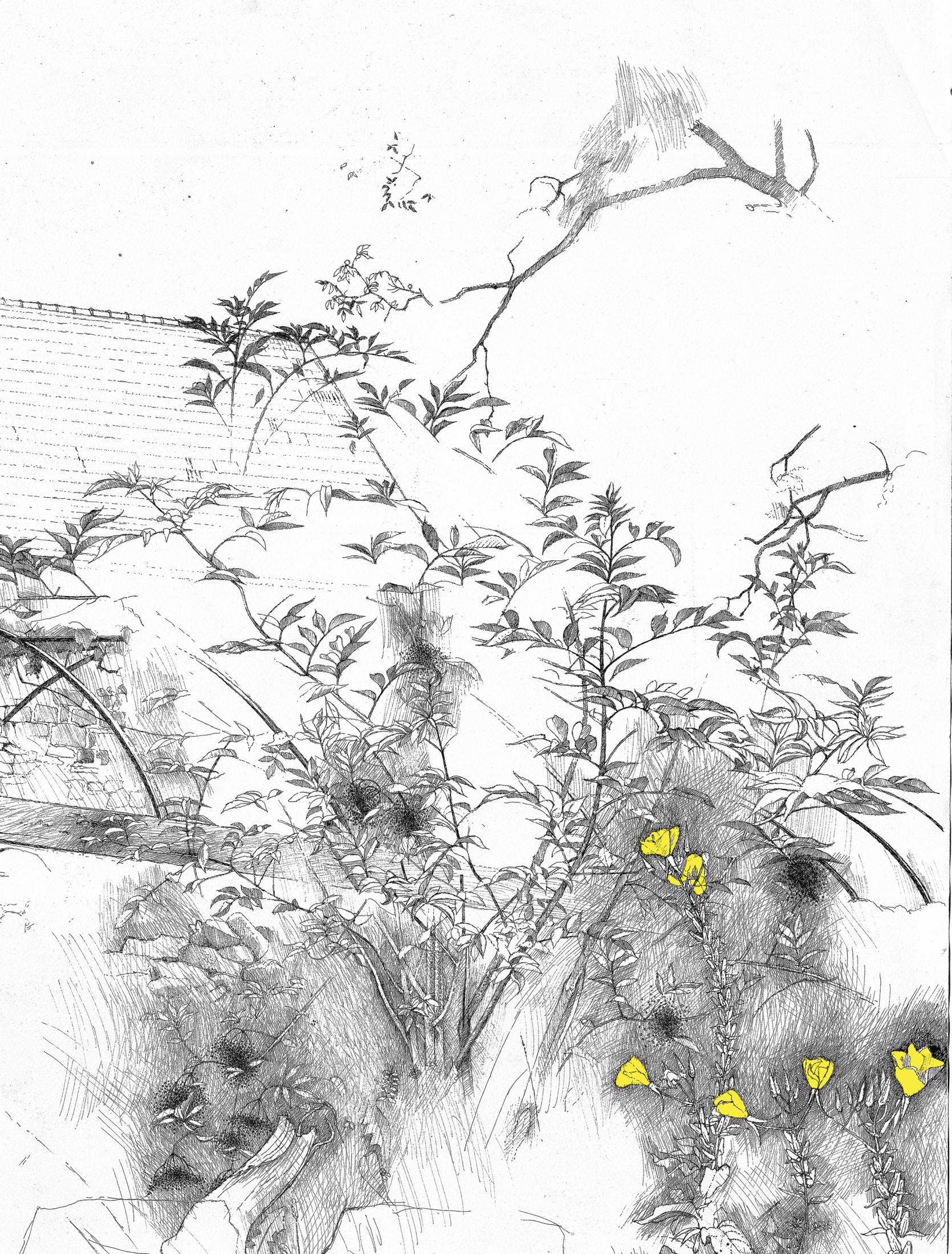 For the remaining six chapters of Ulysses, Chapter 13 (Nausicaa) is associated with Elder and 'Ruis', Chapter 14 (Oxen of the Sun) with Fir and 'Ailm', Chapter 15 (Circe) with Furze and 'Onn', Chapter 16 (Eumaeus) with Heather and 'Ura', Chapter 17 (Ithica) with the Popler tree and 'Eadha' and Chapter 18 (Penelope) with the Yew and 'Idho'. 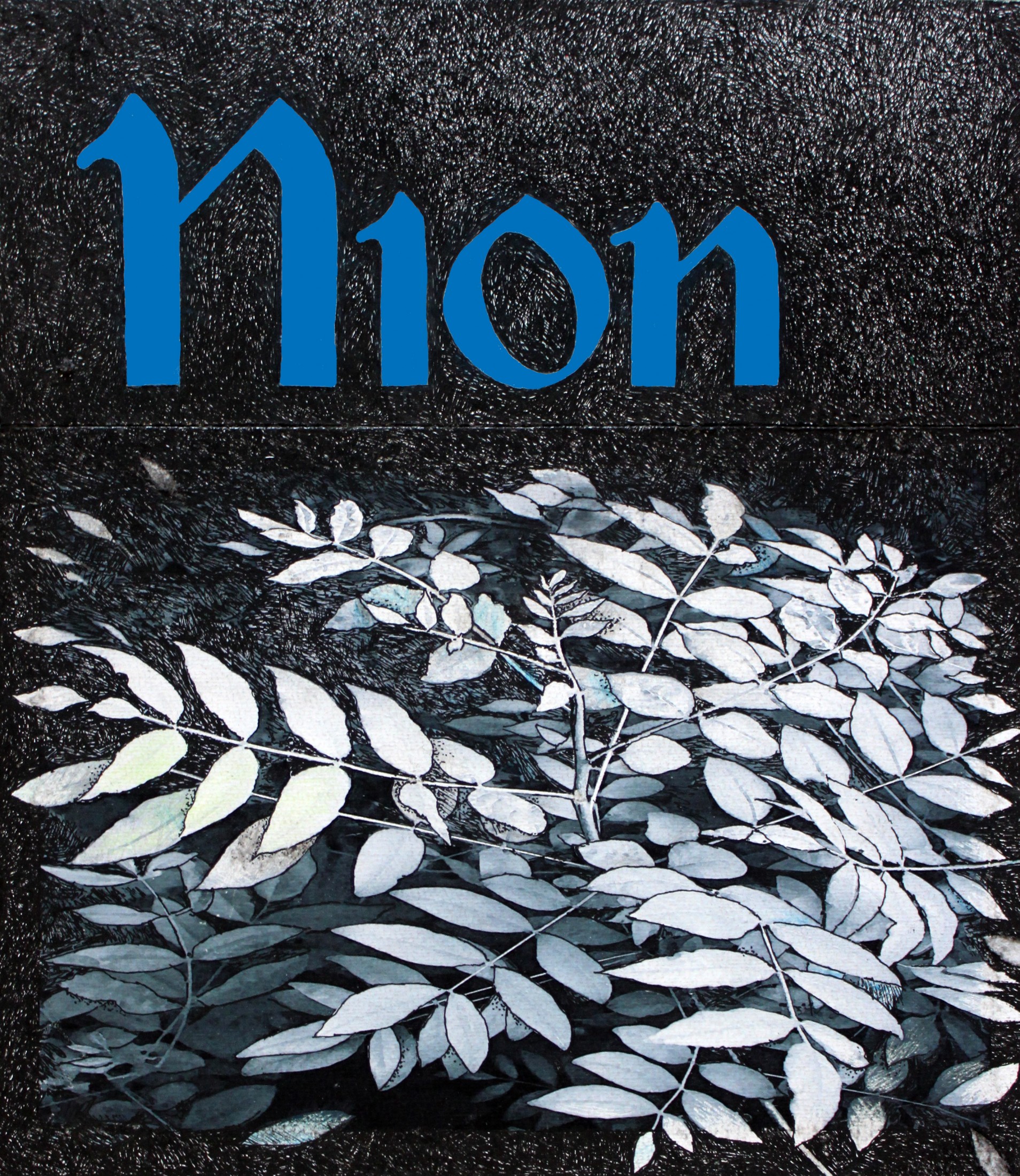 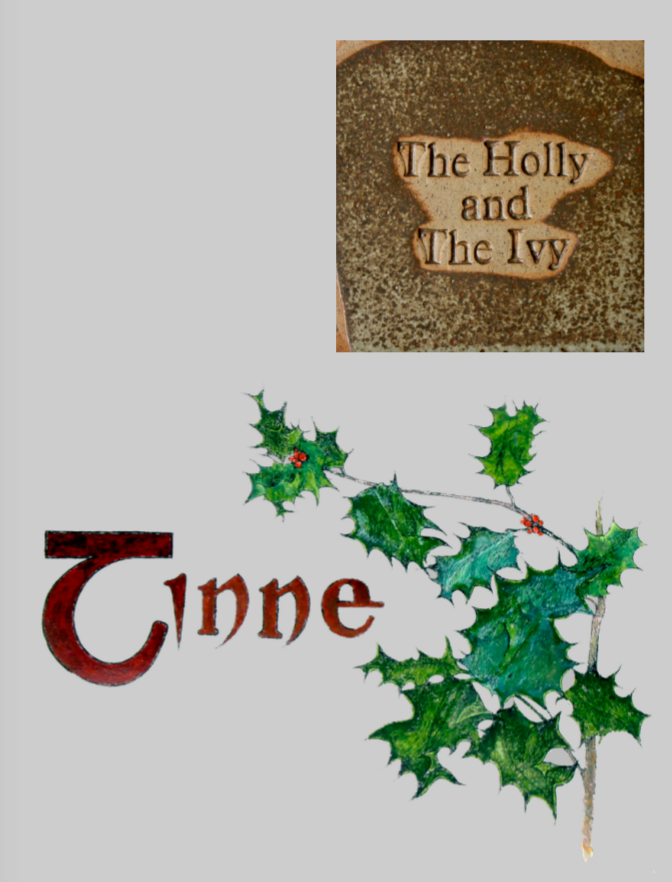 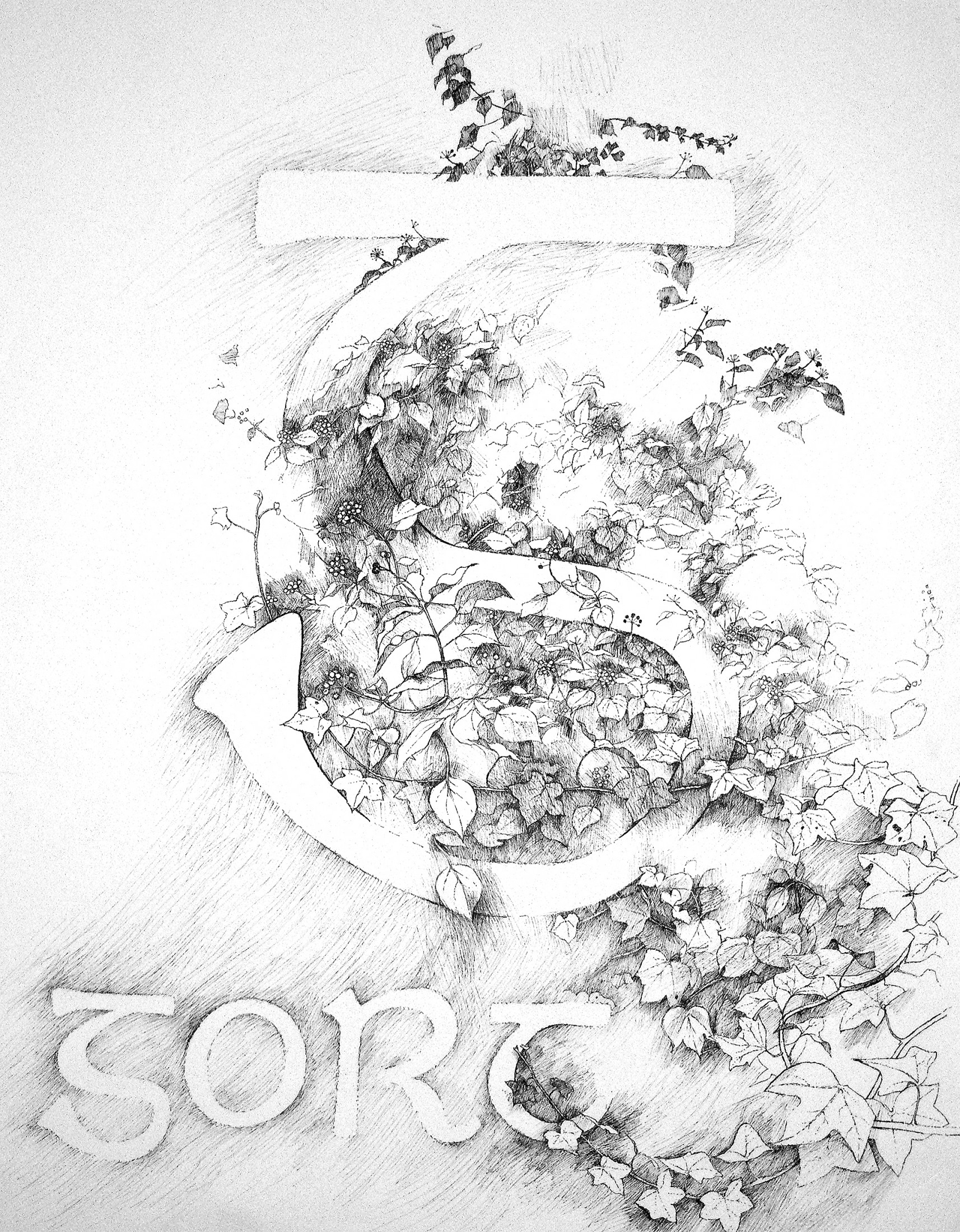 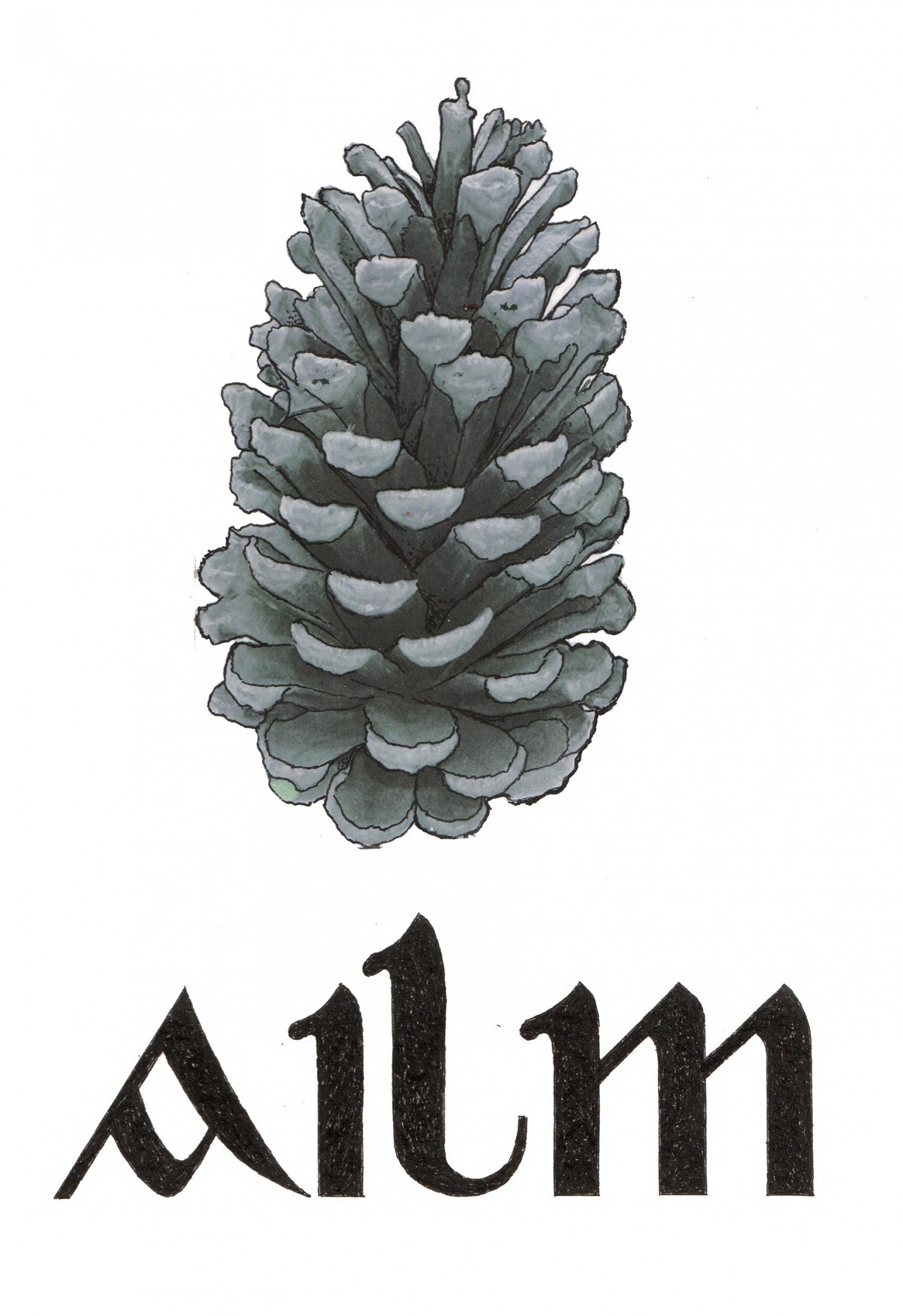